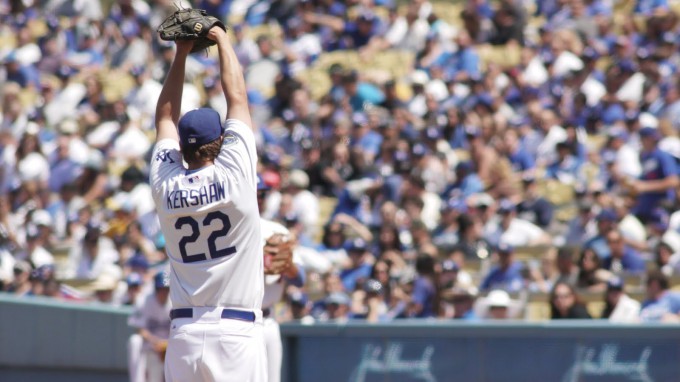 Clayton Kershaw: The Ace of Paid

It has been revealed earlier today that Clayton Kershaw and the Dodgers have extended our favorite pitcher’s contract to the tune of 7 years and $215 million. Yes, that’s the largest contract for a pitcher ever, yes that’s $30.7 million per year which is the largest annually for any player ever, and yes I am very happy with this deal.

Let’s break it down, shall we?

Recently we’ve seen some ludicrous contracts signed in Los Angeles in the form of Albert Pujols and Josh Hamilton. It was getting to a point that was making me very scared of what a Kershaw contract was going to look like once it finally came to fruition (because let’s be real, it was going to happen one way or another). There were talks during the 2013 season that contract discussions had made progress to something in the ballpark of 10 years / $300m and although Kershaw is worth it, and I would still be OK with that happening, it was still scary to think to sign any player, let alone a pitcher for 10 guaranteed years.

I need not reiterate Kershaw’s credentials over the last 3 seasons, but let’s do it anyways because it’s just so fun: Cy Young winner (2x), led the majors in ERA (3x), led the majors in Ks (2x), that beautiful 1.83 ERA in 2013, and I could go on. So it goes without saying that I’m not surprised about the annual number that this record-breaking contract produced of $30.7m. Any player that can put up numbers like that is worth the contract, especially when you consider that Kershaw is just 25 years old. Kershaw is a product of the Dodgers farm system and the system is treating him properly. What doesn’t need to be justified is whether or not Kershaw deserves it, because he does, there’s just no arguing otherwise. But what I can argue / ask is how deep are the Dodgers pockets really? I’m a fan and love the spending because we were so crippled in the past with he who shall not be named, but does this end? Dare I even speak of the possibility of the Dodgers landing Masahiro Tanaka?

It’s pure insanity. And I would love it.